Educated internationals in Helsinki region are facing challenges to settle in comparing to those who live in Turku, Tallinn, Tartu and Stockholm-Uppsala region according to an internationally conducted survey by the Expat-project. The overall dissatisfaction from educated internationals was related to social connection to the local society and the basic public services.


The internationals, public officers and non-profit organizations were brought together to develop a virtual service platform which is piloted for participatory development this year. The service platform offers useful guidelines for settling-in and easier access to existing public services and social networking activities. Five joint platform services from Helsinki, Tallinn, Riga, Turku and Stockholm can be found at http://expatproject.eu.


Expat-project presented the survey outcome as well as a pilot of a virtual service platform today. The platform was launched in a real time video conference in Helsinki, Turku, Tallinn and Riga. The pilot launch comes as a result of the survey and workshop which were conducted in all regions last year.


From the presented outcome of the questionnaire, the internationals settled in Helsinki found it hard to access public service, from registration to housing, and to the local social community.   In addition to income insufficiency, the uphold of cultural identity, and social connections, the internationals who earned over 3000 EUR a month gave a low score while evaluating if he or she can actualize one’s goal of life in Helsinki region.


The questionnaire on internationals’ satisfaction with their quality of life was conducted in autumn 2012. It received about 800 responses across Finland, Sweden, Estonia and Latvia and 153 internationals have participated in the survey from Helsinki region.


The Expats virtual service platform is initiated by the Expat-project. It combines services of social networking and a guideline to existing public information and is open for participatory development in order to make the Central Baltic Sea Region international and competitive in a global economy.


The Expat-project consists of 10 public authorities and organizations from Finland, Sweden, Latvia and Estonia.  Its aim is to make the Central Baltic Sea Region a competitive and international region through a participatory method and working with internationals and stakeholders. The lead partner of the Expat-project is Uusimaa Regional Council and it is co-financed by EU Interreg IV A Programme. 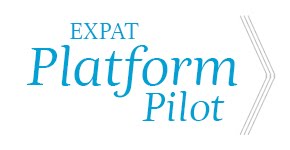